An overview of the history of Social Anthropology in Southern Africa

People in the History of Anthropology

As a university subject anthropology in South Africa dates to the 1920s when departments of social anthropology and volkekunde (ethnology at Afrikaans-speaking universities) were established at newly established universities in South Africa. Interest in ethnography predates this development by many decades and was led by colonial missionaries and government officials. Three substantial bodies of ethnographic knowledge warrant particular mention in this regard: the home-based San folklore researches of the German philologist-turned-ethnographer Wilhelm Bleek (1827-1875) and his linguistically gifted sister-in-law Lucy Lloyd (1836-1914) conducted in Cape Town between 1870 and 1884; the sustained collection of information on Zulu history and customs by the Natal colonial official James Stuart (1868-1942) in the period 1897 to 1922; and the production of ethnographic knowledge about the Tsonga and Ronga peoples of south-eastern Africa by the Swiss missionary entomologist-turned ethnographer Henri-Alexandre Junod (1863-1934), culminating in his two-volume work The Life of a South African Tribe, published in 1912-3 and reissued in 1927. Although a separate association for anthropology was only to emerge many decades later, the South African Association for the Advancement of Science (that held annual  conferences from 1903) had an Anthropological Section where archaeologists and anthropologists read papers, and they often published articles in the association’s journal, the South African Journal of Science. 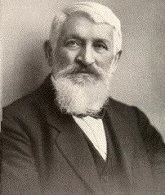 In 1921 the first chair in social anthropology in the British colonial world was established at the University of Cape Town with the appointment of Alfred Reginald Radcliffe-Brown (1881-1955) who in later years became the leading theorist of structural functionalism in the British anthropological tradition. Ethnology was established as a teaching subject at Witwatersrand University in 1923, with the appointment of Winifred Hoernlé (1885-1960), a highly influential teacher and pioneering early ethnographer. Radcliffe-Brown and Hoernlé collaborated in establishing social anthropology as a university discipline in South Africa, building departments with extensive ethnographic libraries and ethnological museums, but primarily in developing a much more rigorous sociological approach towards their newly established discipline. Building on a friendship that dated back to their graduate years at Cambridge in the early 1900s, they applied the new theoretical system ‘Brown’ had developed in his recently published foundational text,  The Andaman Islanders (1922) to southern African societies based on the general concepts of ‘kinship’ and ‘social system’, and more particular concepts including ‘social value’, ‘the mother’s brother’ and ‘social function’.

A fundamentally different Afrikaner ethnological tradition was founded at Stellenbosch University by the later architect of apartheid Werner Eiselen (1899-1977) in the decade between 1926 and 1936. Eiselen based his analysis of African culture on essentialist principles derived from his Berlin mission roots, his post-War political activism in the service of Afrikaner nationalism, but above all from his three-year induction into the conservative and racially structured African linguistics of his then much-esteemed Hamburg mentor Carl Meinhof (1857-1944). He not only established volkekunde as a discipline based on classification rather than participant observation, developed by an exclusive male cohort of disciples, but trained the men who would serve as the leaders of his Afrikaner-inflected ethnological tradition in the mid-late twentieth century, including P.J. Schoeman, Frank Language and Pieter Coertze. Despite the radically contrasting political orientations of the anti-segregationist social anthropologists and the Hertzog-aligned volkekundiges, there was a brief period of co-operation between individuals within these two traditions in the Inter-University Committee for African Studies during the early-mid 1930s and in their joint work on Bantu Studies, the first journal dedicated to anthropology and African languages, founded in 1921 and renamed as  African Studies in 1942.

In the decade from 1929 there was a revolution in social anthropology in southern Africa led by the women students of Winifred Hoernlé. By the mid-1940s they had produced internationally acclaimed ethnographies of many African societies, combining the analysis of tradition with the analysis of social change. Informally supervised by Hoernlé during her two years of fieldwork in Pondoland, East London and on Eastern Cape farms, Monica Hunter (later Wilson) (1908-1982) is probably the best known of this talented cohort of women scholars, given her later seniority in South African anthropology from the 1940s to the 1970s. The other Hoernlé-trained women scholars - Ellen Hellmann (1908-1982), Hilda Kuper (1911-1995) and Eileen Jensen Krige (1904-1995) – pioneered the field of African urban anthropology in the 1930s and in the latter two cases published ethnographies on the Swazi and the Lovedu that have stood the test of time. Isaac Schapera (1905-2003) and Max Gluckman (1911-1975) also  launched their fieldwork careers with their work on the Tswana and Zulu respectively, shaped deeply by an approach towards African societies that included the migrant, the missionary and the magician in the same frame of reference. Can one speak of a South African school of social anthropology in these years, distinct from the British tradition given the depth of its analysis of social change and urban African experience? 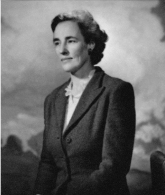 Apartheid brought a dramatic change of context for social anthropology in the English-speaking tradition. Many English-speaking social anthropologists chose to live and work in exile, most notably Schapera who moved to London University in 1949 and Max Gluckman who moved to Manchester University in the same year, following his influential directorship of the Rhodes-Livingstone Institute in Northern Rhodesia that had been established by the late Godfrey Wilson (1908-1944). African ethnographers like Archie Mafeje and Livingstone Mqotsi were forced into exile, effectively squashing what might be retrospectively identified as a rich insider ethnographic tradition in South Africa which included the work of Z.K. Matthews, Bernard Magubane, Joseph Manyoni and Absolom Vilakazi, the latter becoming early radical critics of liberal social science in southern Africa and elsewhere.

The other major development in South African social anthropology during these decades was the production of a second wave of studies in urban anthropology. The most internationally famous of these was Philip and Iona Mayer’s Townsmen or Tribesman: Urbanization in a Divided Society (1961) which celebrated the cultural resilience of the traditional or ‘Red’ Xhosa migrants of East London’s townships. Monica Wilson and Archie Mafeje’s Langa: A Study of Social Groups in an African Township (1963) was  another influential co-authored study examining, amongst other things, new urban African social identities and (here again) the resilience of Xhosa tradition and ‘home-boy groups’ in a South African township under apartheid. 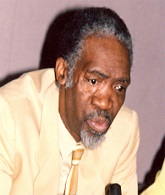 Meanwhile the volkekundiges drew inspiration from German and, later, American cultural anthropology and had their focus on racial and cultural difference, anchored in the pre-colonial past. Volkekunde became associated with the policy of separate development and apartheid, and contributed to the training of government officials and the armed forces. The most orthodox volkekundige school of thought developed at the University of Pretoria under Pieter Coertze (1907-1998), while the Stellenbosch volkekundige, J. P. Bruwer, was associated with a more liberal interpretation of separate development. A dissident volkekundige, Brian du Toit, emigrated and made a contribution to cultural anthropology in the United States. Some of the students he taught at Stellenbosch University would move away from volkekunde in the 1980s.

In 1967 what was called an ‘interuniversity continuation committee of anthropologists’ (advocated by John Blacking, J. P. Bruwer, Aubrey Myburgh and Berthold Pauw) managed to draw many South African anthropologists, though with some important exceptions on both sides, into an informal network that met annually at Unisa for academic conferences. Monica Wilson (University of Cape Town) and David Hammond-Tooke (Witwatersrand University) were reluctant social anthropologists in that network, while Pieter Coertze (the leading volkekundige at the University of Pretoria) was opposed to cooperation with social anthropologists. In the context of escalating political polarization and the radicalization of ideological differences, a formal unitary organization was unthinkable at that time. When black anthropologists began attending the conferences, many of the volkekundiges withdrew and formed a separate, formal organization, the Vereniging van Afrikaanse Volkekundiges (VAV) (Association of Afrikaans Anthropologists) in 1977. VAV organized its own annual conferences and published a journal: Suid-Afrikaanse Tydskrif vir Etnologie / South African Journal for Ethnology (in post-apartheid times continued as Anthropology Southern Africa). As Afrikaner nationalists, the volkekundiges invested strongly in publishing in Afrikaans in their journal and insisted on using Afrikaans exclusively in their theses and conferences.

The ideological differences between the two traditions of anthropology in the country became increasinly apparent in the way that South African society was seen as either, following Radcliffe-Brown and Gluckman, one social system or, from the perspective of volkekunde, as a collection of incompatible racial and cultural entities (described through what was known as ethnos theory). Furthermore, while participant observation and a need for social closeness was a normal part of social anthropological methodology in the field, this was politically problematic in volkekunde and personalized social relationships were therefore kept to a minimum during fieldwork.

The informal, mainly English-medium conferences continued with very little participation by volkekundiges. However, in 1987 the Association for Anthropology in Southern Africa (AASA) was established in order to unite and professionalize anthropology by means of an open and democratic association, with the support of some of the younger members of VAV who had broken ties with that organization. AASA expressly rejected apartheid ideology and all discrimination, including sexism, in the preamble to its constitution. It also accepted a set of ethical guidelines that emphasized the unacceptability of undercover work. By that stage South Africa had entered what turned out to be the final phase of the liberation struggle and the political polarization between the two professional associations was high. By then an academic boycott of all academic institutions in South Africa had been instituted, and it isolated the discipline from its international network. This was also the time, in 1989, that Witwatersrand University social anthropologist, David Webster, was assassinated by the state’s security forces for his human rights activism. Much of the work in social anthropology in the decades before the democratization of the country was part of the exposé tradition in which the damaging effects of apartheid, especially in rural areas, were studied through a neo-Marxist theoretical lens.

With the transition to democracy in 1994, a new phase in organized anthropology began, with the impact of the dramatic political changes clearly showing in the demise of volkekunde. This was triggered by the need for transformation in curricula, university administration and power relations in higher education. Volkekunde departments, once superior in their numbers of staff and students, were increasingly under threat and a paradigm shift occurred, away from ethnos theory, especially amongst younger academics. This shift was, for instance, expressed in the 1990s name change of VAV to the South African Association of Cultural Anthropologists (SAACA). At a 1996 conference of AASA at Unisa, in combination with the Pan African Association of Anthropologists (PAAA), several SAACA members participated, although an important part of the academic leadership of the organization kept its distance. Finally, in 2001, the two associations merged to become the current Anthropology Southern Africa (ASnA). The journal of SAACA was inherited by the new association and renamed Anthropology Southern Africa. After many decades of disengaged competition and often bitter dissent, anthropologists in South Africa united into one disciplinary association and a further phase of growth could begin.